Beatniks and Hippies on '60 network TV. #1 Petticoat Junction: Bobbie Jo and the Beatnik 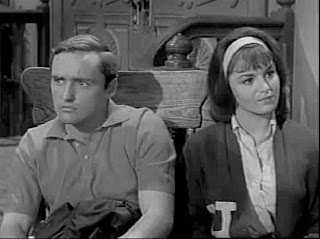 Petticoat Junction is the least abstract and interesting of Paul Henning's rural trilogy. It lacks the ensemble cast and silly surreal ambulance of the Beverly Hillbillies and Green Acres. In this episode Dennis Hopper is a beat poet passing through Hooterville. As Bobbi Jo walks from town to the hotel run by her family, the Shady Rest, Hopper exposes his philosophy of life.

After a lecture on the hypocrisy of the family, Bobbi Jo is intrigued. 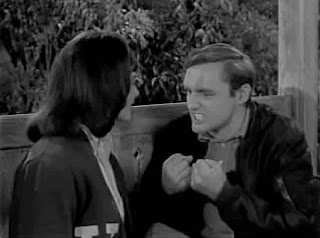 "I want to find the truth as you have found it".
"No baby you're too soft, you're too tender to face life, you're a dove I'm an Eagle. I'm screaming at life longing to tear it open".

Sister Billy decides to flirt with the handsome new man, and has the following exchange;

"Are you the boy from New York City?"
"Greenwich Village".
"Bobby Joe never gets anything right".

Hopper dismisses her as the bimbo she is. However, he is still welcomed into the group by friendly matriarch Kate. 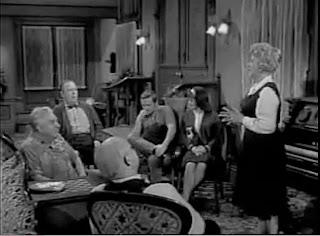 The family is befuddled, and Bobby Joe ensnared by the strangers words;
"My poetry is a scream of protest. I hang the bell on the Cat. I shout in the atrophied ear of the sleeping American".
After a set piece of a poetry reading, in which the middle America sensibility of the Shady rest is contrasted with the nihilistic philosophy of the wandering poet he calls the group corpses in a cemetery and storms out. Predictably Bobby Joe follows and is further corrupted by the vagabond with a cigarette.
Sensible mother Kate knows from her own experience that her young daughter will always remember him as an exciting young rebel with interesting ideas. She hatches a cunning plan. Hopper's beatnik character Alan is ritually humiliated by toadying to a fake dog food manufacturer to obtain a Fictitious $2,000 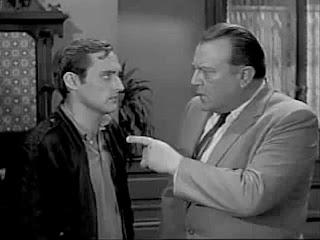 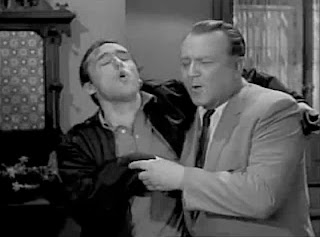 . The ridiculous jingles and sucking up to the phony capitalist proves hopper's lack of integrity, and shows middle America how ridiculous and phony are its detractors. In the end we're all after the cash. Our corporate spin makers and sponsors are safe. We will see this theme again in Henning's most popular outing the Beverly hillbillies. 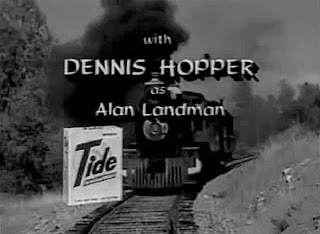 For awhile you can see the entire episode in three parts HERE Missing the theme music probably to defeat the copyright bots.

Email ThisBlogThis!Share to TwitterShare to FacebookShare to Pinterest
Labels: Beatnik and Hippy